TCAAP Water Treatment Facility Chlorinated solvents were discovered in New Brighton groundwater wells in 1981. In 1983, TCAAP was placed on the Federal National Priorities (Superfund) list. Since that time, the U.S. Army completed extensive testing and remediation on the site including the excavation of approximately 94,000 cubic yards of soil and the removal of 200,000 pounds of volatile organic compounds (VOCs). The EPA and the Minnesota Pollution Control Agency (MPCA) provide additional information on environmental investigation and remediation activities.

Ramsey County purchased the TCAAP property in April 2013 and entered into a demolition and remediation contract with Carl Bolander & Sons Company. In November 2015, the MPCA issued a Certificate of Completion for the soil remediation to residential standards. 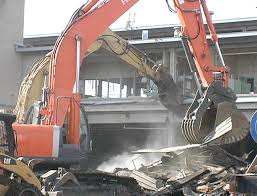